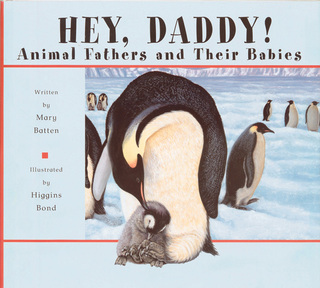 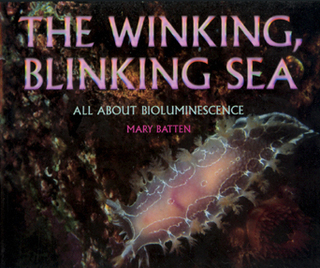 Baby Orca is about a baby killer whale. Grosset & Dunlap 2016.

Sexual Strategies: How Females Choose Their Mates
Published by iUniverse.com 2008

What do females want in a mate? How do they go about choosing a mate? Why do women and men lie to each other and to themselves? Why do many men try to control women? Why are so many women attracted to wealthy, powerful men? Is it inevitable that men love to look at young, voluptuous women? This book answers these questions and more.

Although Charles Darwin introduced the theory of female mate choice more than a century ago, only since the 1970s has this once controversial idea been accepted by the scientific community. Studies of female choice have demolished the age-old myth of the passive female. From fruitflies to human beings, female mate choice plays a pivotal role in the evolution of species.

By understanding female mate choice and the female's true power in evolutiion, we see our own complex species with greater clarity. We gain greater insight inito why males and females, including men and women, have built-in conflicts in their mating behavior. This book illuminates the roots of current social problems related to gender competition and shows that they cannot be fully understood outside a biological context. 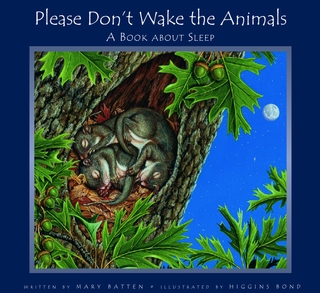 Please Don't Wake the Animals: A Book about sleep

"Full of surprises . . . Batten captures her audience with documentary material that surpasses by far the unpredictability of fantasy. . . . This scientific wordsmith makes kids of us all. She resurrects our sense of wonder."
Bill Ruehlmann
The Virginian-Pilot
July 13, 2008

Animals need sleep just like kids do, but most animals don't sleep through the night in a soft bed. Through a wide variety of examples, this book answers questions about when animals sleep, where they sleep, and how long they sleep. Curious readers will learn why dolphins must stay near the ocean's surface when they sleep, how birds can sleep while in flight, and what insect survives by sleeping through the cold winter nights frozen solid!

One of the first questions young children ask about their bodies is why they have a belly button. This book explains how belly buttons connect people to the group of animals called mammals. All mammals have belly buttons, from the enormous blue whale to the tiny bumblebee bat. The belly button, or naval, marks the place a mammal was connected to its mother before birth.

War: A Culture of Death

There is hardly any environment on the planet that has not been scarred, scorched, poisoned, mined, radiated or otherwise brutalized by war. Visitors from another planet might well wonder what kind of crazed animal wreaks such damage on an otherwise beautiful planet, one that seems so suitable for life. They might be even more surprised to learn that the damage was and continues to be done by the species considered the most intelligent on Earth -- Homo sapiens.

Aliens From Earth: When Animals and Plants Invade Other Ecosystems

Living things have been traveling from one place to another for millions of years. Until recently, travel was very slow. Animals walked, flew, and crawled across ancient land bridges from one continent to another. Carried by wind, water, birds, and other animals, seeds moved from place to place. Over hundreds of thousands of years, some aliens fit into ecosystems and became part of the web of interrelationships that enable a variety of different species to live together.

Today, alien invasion occurs at jet speed and is a major threat to biodiversity. Homo sapiens, the species to which all modern humans belong, first appeared in Africa. As their numbers grew, people began to need more natural resources, and eventually they moved into places where human beings had never lived before. They, too, were aliens in these new surroundings. Wherever people settled, they changed the habitat. They hunted animals, gathered native plants, and learned to farm.

Over the centuries, people invented ways to move around faster and to go longer distances. Suddenly, the oceans were no longer barriers to alien invaders. When people began traveling by ship, they took animals like goats, dogs, cats, and chickens with them. They took seeds of plants they liked to eat. Some of these new animals and plants, such as horses, wheat, and corn helped people in their new environment, but many did not. Without meaning to, people also brought pests. The ancestors of the brown rats that now infest many of America’s cities arrived as stowaways on the ships bringing the first Europeans to North America. The seeds of the dandelion plant that invades modern-day lawns were hidden among the crop seeds brought by settlers to their new homeland.

Today every living thing imaginable—viruses, bacteria, insects, plants, sea creatures—travels on the same planes and ships that carry people and cargo. And when we carry new species of plants or animals into a different habitat, we may disturb the delicate balance within that ecosystem.

Many alien species do no harm, but some cause big problems. When an alien suddenly invades an ecosystem, it can, in just a few years, upset the balance of relationships among animals and plants that evolved over millions of years.

In the animal kingdom, fathers who care for their young are rare. Some animal babies, like insects or fish, are able to survive on their own as soon as they are born and don't need a parent to look after them. But others need help from one or both parents for a while. In many animal species, the mother cares for the babies by herself, but some fathers play very important roles in raising their offspring.

Did you know that --


This informative and unusual book offers young readers an excellent introduction to the many varied roles that animal fathers play in the birth and upbringing of their young. Stunning realistic paintings by Higgins Bond depict the animal daddies interacting with their babies.

"Batten reinforces for all fathers and their children (and their children's moms) the significant role taht fathers play in nature . . . This tender book helps all of us better understand the role of fathers in the lives of their children in nature, and to see that human fathers who are nurturing and involved with their children are perfectly natural."
Wayne Parker, Fatherhood website
Read full review at Fatherhood.com

"...offers a good deal of information in an attractive format and will be a welcome addition to most libraries."
Booklist
October 1, 2002

They roar. They claw. They stalk. They pounce. The wild cats of the world are beautiful . . . but also deadly. Here's your chance to get close to these amazing animals -- noble lions, speedy cheetahs, fierce tigers, and even cats you've never heard of. Wild Cats will take you right into the wild!

For most of human history, our ancestors lived as hunters and gatherers. Few of these people remain on Earth today. Among the few are the Ache, a group of hunter-gatherers that live in Paraguay. This book is about Magdalena Hurtado, an anthropologist who studies the Ache. We follow Magdalena as she goes on a forest hunting trip with the Ache. We learn about how the Ache live, how they raise their children, what they eat, what they fear, and what makes them happy.

Studying hunter-gatherers is important because they are the last living clue to the ancient past of all people on Earth today.

Have you ever chased a firefly on a dark summer night? There's something about that winking light that makes you want to capture it, if only for a second. Some of the creatures in this book make the same kind of light that fireflies do, using chemicals iin their bodies. But these animals live in the depths of the sea where the only light is the glow of swimming bodies. You would want to chase after some of them -- like glowing dinoflagellates, which would wash your body with a starry glowing shine. Some, however, like the black dragonfish, you would want to chase away.

Imagine plants that eat insects. They really exist. They're called carnivorous plants. Carnivorous means meat-eating. In this book, you'll learn about the unfortunate bee that gets too close to a Venus flytrap, the sticky tentacles of the sundew, and the pitcher plants.

Underground in a warm den, a baby gray wolf is born. She cannot see or hear yet. But in only one year, she will grow a lot and learn a lot. Find out all about baby wolves in this book you can read yourself.

THE CRY OF JAZZ

My late husband Ed Bland's iconic 1959 film THE CRY OF JAZZ is now available in HD digital format with in-depth commentaries by Ed. This film marked the first time black American filmmakers had directly challenged whites. In 1971, Willard Van Dyke, pioneer American documentary filmmaker and curator of films at the Museum of Modern Art at that time, said the CRY was "the most prophetic film ever made . . . [because] it predicted the riots of the '60s and '70s and gave the basis for them.